The Westmoreland Bridal Suite, decorated in hues of blues and greens, is named for General William Westmoreland.

It's the largest of the suites in the homestead with an ensuite bath that has a jetted tub, a king sized bed with two sitting areas, and a flat screen television hidden behind the doors of an antique armoire.

Stories are told that the General stayed in this room when visiting his school friend and military mate, Conrad Cleveland Jr, the last Cleveland heir to live at Clevedale.

Adjacent to the Westmoreland is a trunk room named Elisabeth's Studio as this was the name of several Cleveland women one being Conrad Jr's sister and the other his niece who later inherited the property following his death.

The room was carved out of three closets one of which housed the art supplies for Elisabeth, the niece.

Although small, this room has big style with it's opulent three quarter Eastlake bed and intimate sitting area for reading or watching a little television.

It is perfect when traveling with a teenaged child, a mother-in-law, or girlfriend.

Note : We have a 2 night minimum stay 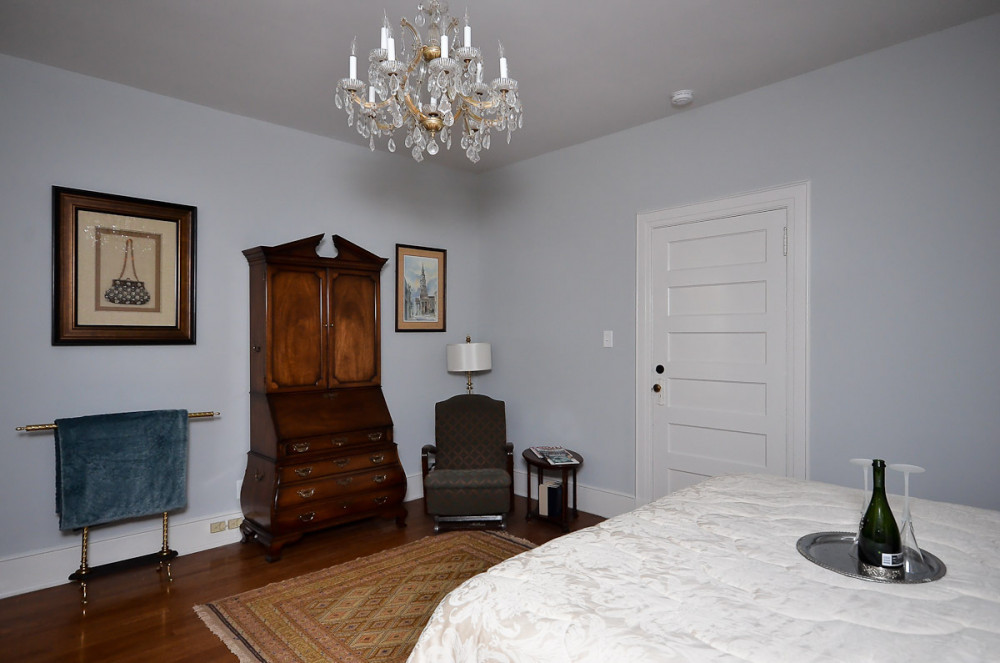 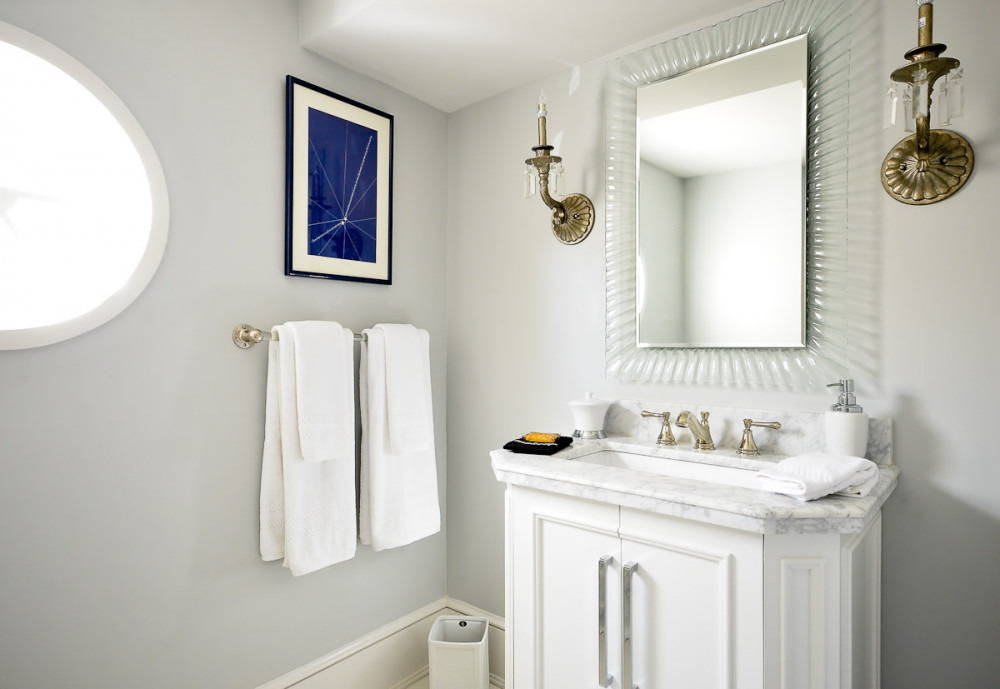 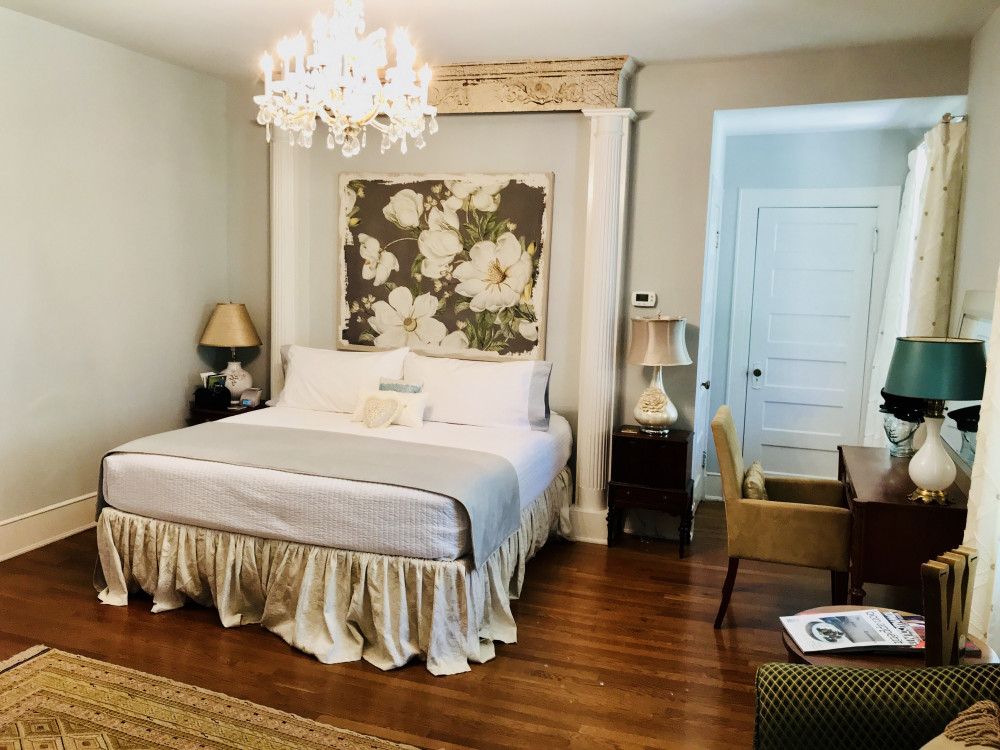 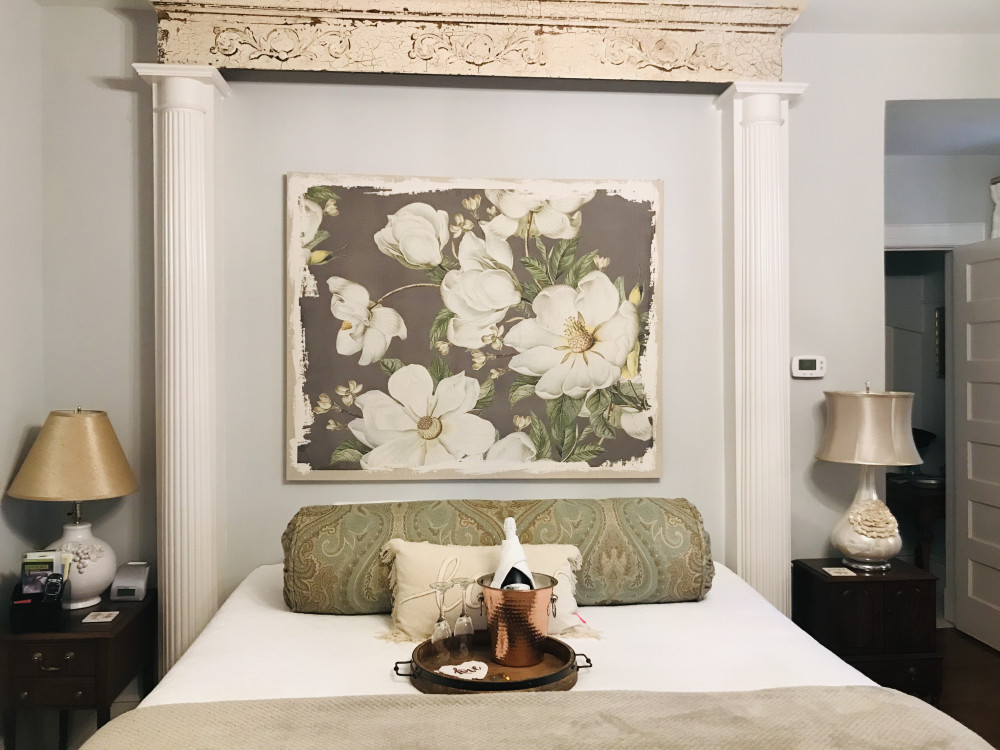 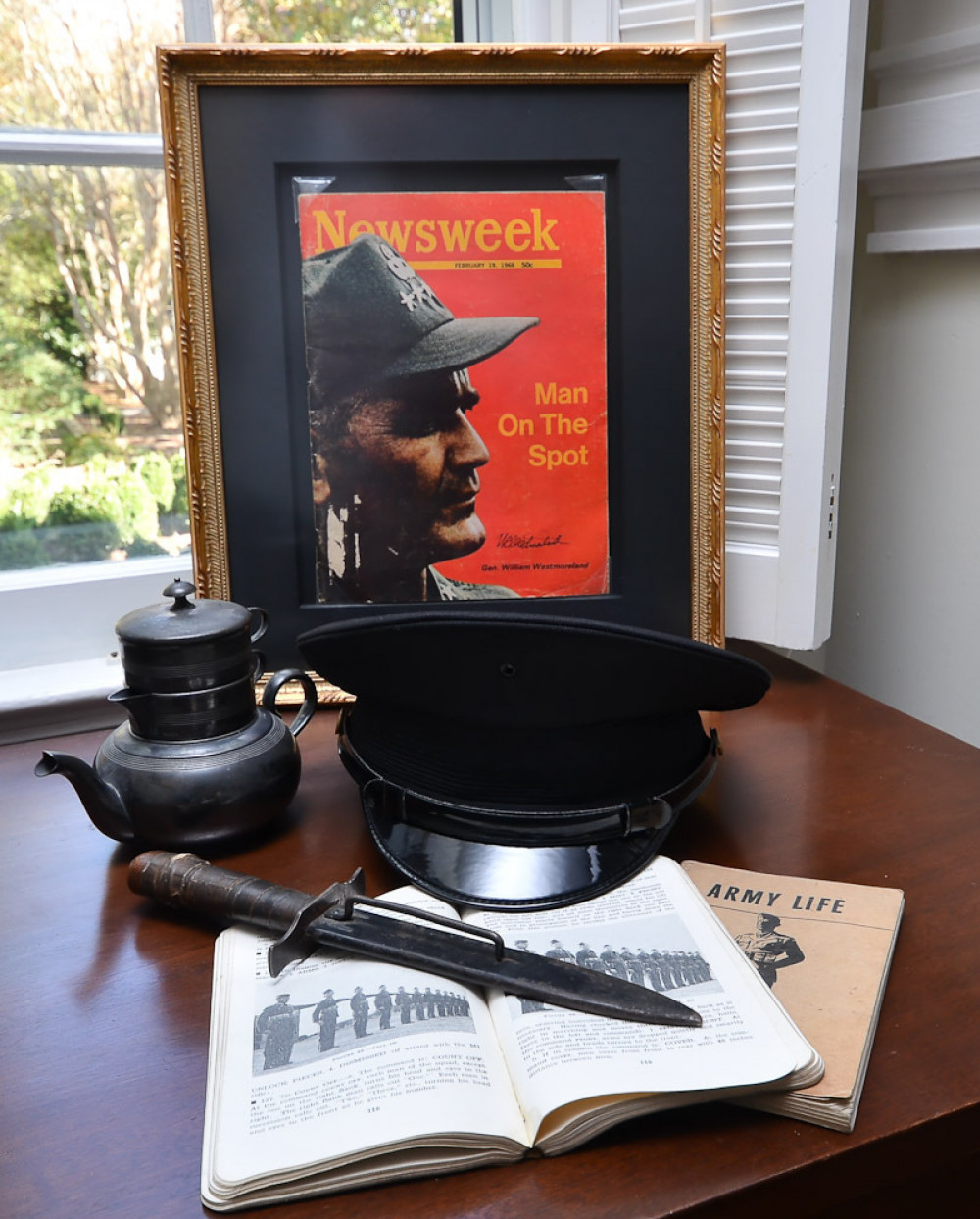 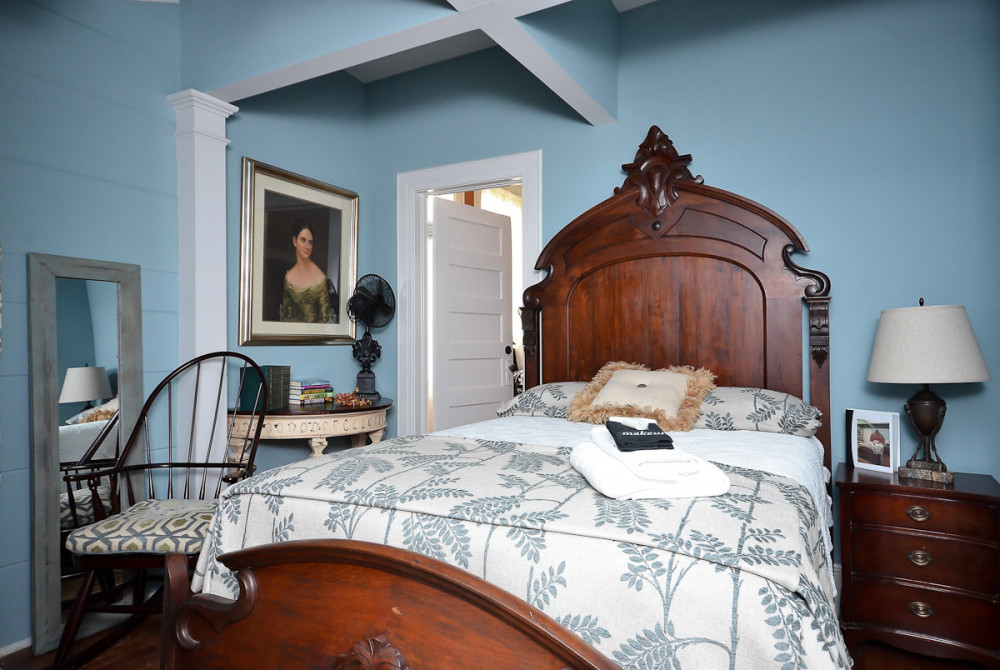 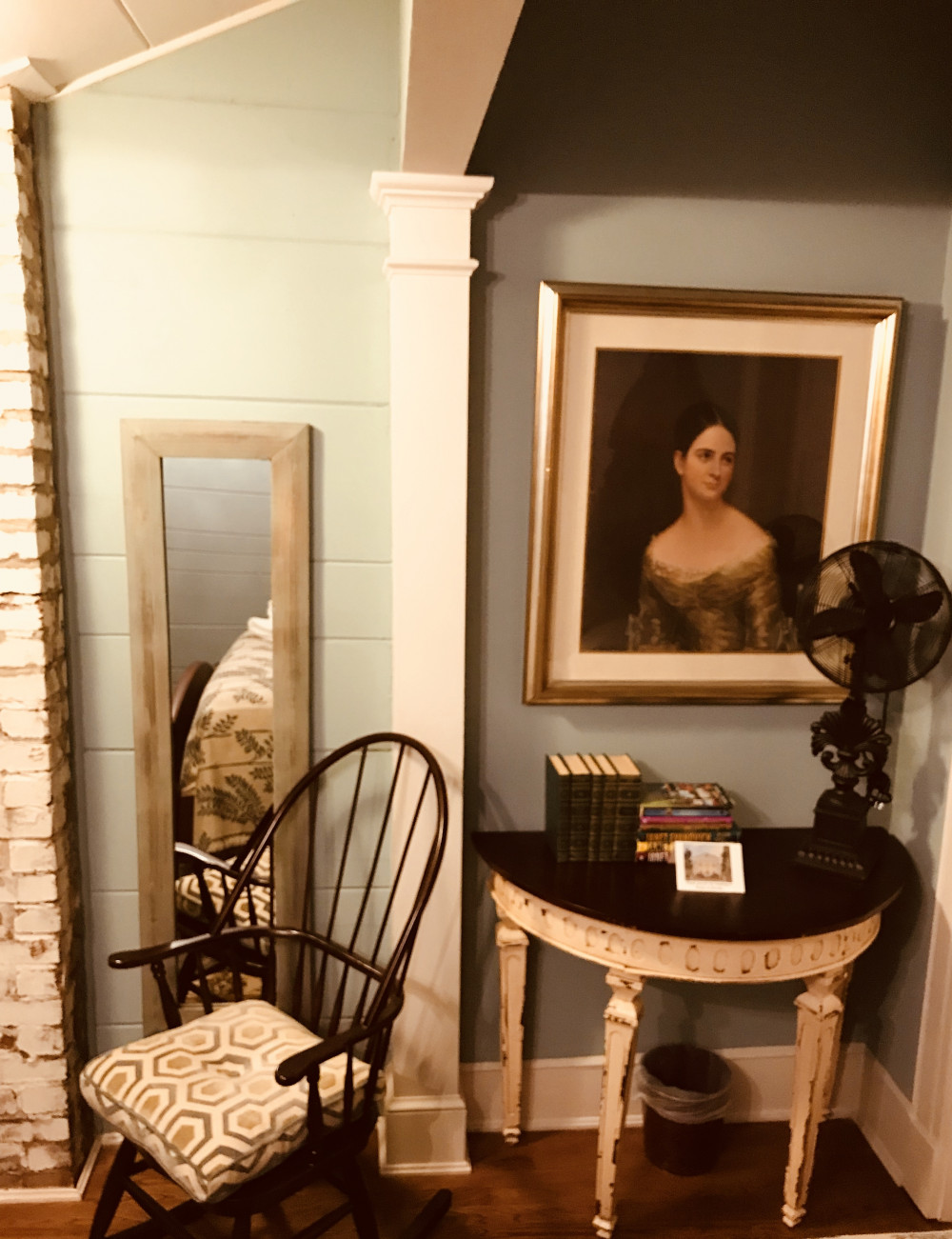